The game is pretty good. But sometimes it gets a bit tricky and as you progress it becomes very slow and boring. In addition, depending on the participation of alliance members is essential, and some bosses do not make an effort to select those who participate and expel those who are totally inactive, which delays the evolution in the game.

The truth is that I don’t like this type of game very much but this one entertained me too much, great variety of characters, many missions, good graphics, you can make your base and troops bigger, etc. The only problem that I have had with the game is that it is not well optimized and has lag and some missions are bugged like when you rescue survivors and when you start the game it is a bit difficult for you because of all the things it has but other than that the game is very good 👍

This game for me is very good and also entertaining with its various events, but there is something that I do not like is the error that persists update after update in which it is a bug where you claim something but it does not mark it for you and it is necessary to log in two or more times to try to recover what was lost.

I would like them to improve the screen interface, not because of its slowness, but because of the reaction times of the help to accelerate and other things that I see slow, and they also do not give much help to obtain improvements in investigations, some issues need to be modified. the whole aspect It is good details are missing but it is excellent to play greetings.

Quite good with a good story and friendly players who help you understand the game (at least the alliance you join) The biggest flaw it has would be the energy costs because it takes a long time to regenerate and the resources too, not to mention the exaggerated amount of resources you use to climb main buildings, but other than that I give it a 10.

I think it’s a very entertaining game, I really loved it. The only thing that could be missing would be some option to remove so many unnecessary transitions, animations or other simply decorative objects in order to have a better experience regarding performance. Other than that, it’s a pretty good game and has enough mechanics to keep you entertained for a while. Cheers!

Without ads, the rewards are very good, teamwork is fun, wars and death to zombies too, and purchases are for all tastes from small to many that will allow you to advance much better but without buying you can still go progressing smoothly, it’s very entertaining, I’ve been at it for about a month and love it so far.

The game is very good, what it lacks is some freedom in the game and the dynamics of sending the troops and then 3 minutes later everything is over 😕? Well the next thing would be the ease when having encounters with the infected using the heroes, it would be good if one could level up or at least change the weapon, also obtain other types of powers that each hero has, such as sarge, give him another type of automatic machine gun or that he could repair it that would be good.

The experience has been fantastic, the only “problem” I have is everything that has to be done to unlock the parts of the chapters, there are too many things to do and each place has to climb many levels… It’s my only problem… Other than that 10/10

The game is very complete and fun, you have to progress little by little and get stronger, I’ve only been playing for around two months and I love it, it’s quite good, which is that sometimes it has connection drops but they always try to solve it as soon as possible, in conclusion it is an excellent game to pass the time.

Very fluid, although the game is heavy, it has never failed me, it does not crash, I like that the lite mode is activated automatically, there are always activities to do. Many challenges and missions to complete, either alone or as an alliance. I love that it has a translator in the chat, so we can talk to anyone who speaks another language with just one click! It gives a lot of rewards so you rarely run out of progress. I don’t like zombies but the game is interesting. Congratulations! Look for a good alliance!

Interesting! Although they should find a way that you could change the hero tokens for more coveted ones, because they are at their maximum, the missions also become boring from so many times that they are repeated, even the searches on the radar are always the same pieces.

It is one of the first games that caught me for mobile since I always played some other game a week or days later I ended up leaving it. In part the game is pay to win but also for free to play players it has many benefits so the fun goes to both. The only thing I would like to recommend is to bring back the song from before when you went out on the plain and that war music was playing. It put the magic touch of a war game on it, thank you very much. 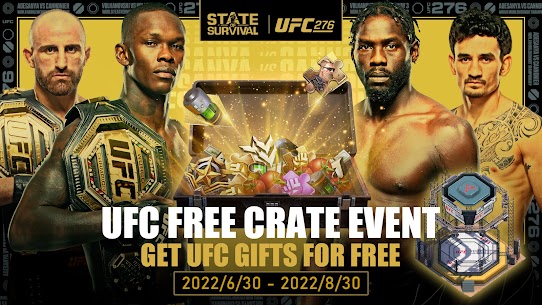