Hello, I wanted to comment that I quite like the game, I just started playing and it looks very good. What I would like them to do would be that even if you uninstall the application that the progress would be saved, because if you have to change your mobile or whatever, you would lose all the progress and you would be too lazy to get everything again. Please don’t leave the game and keep putting things. All the best.

Hello, I think the game is amazing, the mobility is quite good, the graphics are amazing and there is a wide variety of possibilities. The only bad thing is that to play creative you have to buy the objects for money and it’s horrible, on the other hand I would love it to be multiplayer (although I know it’s difficult). Also many objects you can’t remove. If they managed to do that it would be the best survival game on the play store and I would gladly give you 5 stars.

Mm the game is fine but it has several things that I don’t like. The first is the excess of ads, it is everywhere even when you want to get wet you have to watch an ad to do it. The second thing is that I feel too empty, I have traveled to almost all the islands and I have not found almost any enemies, at most a human or an alligator and that’s it (literally one). As a suggestion I would say that you could walk faster or run, it becomes very slow to always walk.

It shows that it is in development, I have reached level 10 that allows you to unlock the salvage mode, but it does not load me. The map has several sites that will come later, plus it’s hard to get around the sites. Nothing else to complain about, the rest seems to me to be perfect.

The controls are very awkward, they should add a configuration to be able to adjust the size and position of the controls. There are also many buttons on the screen that have nothing to do with the gameplay and make it look horrible, besides they are micropayments, HOW DO YOU MAKE A SURVIVAL GAME HAVE MICROPAYMENTS?

I love adventure games creativity and survival the graphics stuff the controls everything is perfect and I like that there are islands and different tools it takes a long time to finish so there are hours of fun and adventure I also tried the multiplayer game and the land raft is incredible, I was speechless it has 5/5.

I’ve been playing the game for a couple of weeks and it’s really excellent, even though sometimes you have to stop doing something to have more versatility, I think you get used to it over time, which does shock me a bit little I have is the fact of the energy that I think overloads the player’s wait if you don’t have to recharge it instantly, so it becomes a bit heavy at times.

Hello, good evening, in my humble opinion I give it 3 stars, the graphics are good, the islands and the objects and animals that are in the game, the only detail is that there are many ads and it is somewhat tedious, there was an update a while ago and now there is no Does it want to let me enter the game or does it stay loading and there it stays and nothing happens, I request help PLEASE.

The game is not quite right, what they have already done excessively wrong is to put the player’s energy, as the game was before it was much better, the energy is a pain, you don’t even have to spend 3 minutes building because the doll gets tired . I have uninstalled the game and until you remove the power I will not install it again. I say this for their own good because I think they will have many more complaints how are you and the game was great as it was.

The truth is that it is a very good game, quite entertaining, with good graphics and good playability, but it has an excessive amount of ads, really many ads and that is the only bad thing, I hope and in the future they can be moderated a little more with the ads.

Visually it is very good but the ads are excessive and are for everything, entering my inventory, collecting my water or fish, crafting things, entering the map is ridiculous and annoying, it is understandable because the game is free but every minute one more ad (Now I know why it is not convenient for them to play it without the Internet) better survival craft game that although the graphics and some mechanics are not at the level of this game, it is more enjoyable and its ads are not every minute.

Super addictive but when I want to produce more food, trees I have to see an ad that’s fine but it would be better without ads when producing, manufacturing and I don’t know if you can somehow remove some options it’s frustrating when built accidentally pressed something and it stays loading.

c it restarts the game with this update it is a j2 2018 also that they remove the internet connection every time I turn off the data or the wifi asks me for an internet connection that I ask for it when I stop saving the game that I can change the position of the buttons and the size also good graphics good gameplay but remove that not c if I’m the only one that happens but the game is good there. 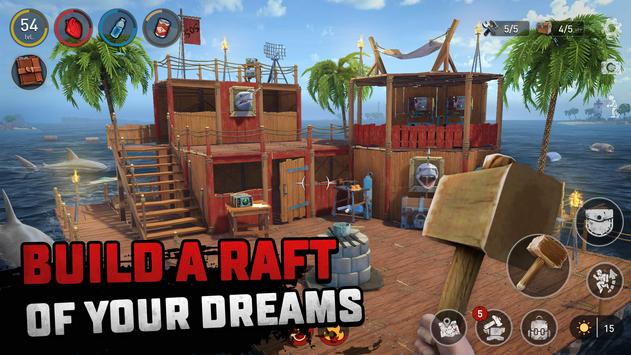 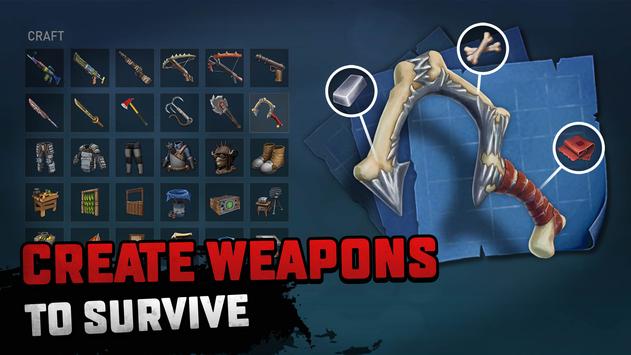