The game is very good, I was surprised how well they adapted it to a phone version, it’s a pity that several characters are missing from the PC version and the items are simplified, the runes too, apart from that the game is very fun and recommended, I notice the games are shorter but without going too short, which gives it a point in favor, and the performance is very good (I have a redmi 9T and I can run it at 60fps with high graphics with few drops)

I admit that it makes me addicted, it’s as if it were LOL from a portable console since the Original is played at home, I hope they add more characters and aspects. Another problem is that when I see the replays of the games I don’t know how to go back and to see the same scene again I have to exit the replay and re-enter.

The game is almost perfect !!! The only problem it has, is the same problem that all “mobas” have and it’s their pairings (which sometimes and especially when you have a certain winning streak, are completely crazy and you lose others). The only thing I ask and many players ask is that the “sanction and reporting system” works correctly, since in several games “Trolls or afks” players are not even evaluated by the system and do not receive any type of sanction.

A pretty good game, but it’s having too many performance problems and has many bugs, sometimes I just don’t enter the game on time because of this, in champion select it bugs sometimes and it’s very annoying. Apart from the fact that if the app is minimized, you have to enter completely from scratch and it takes a lot. I hope it doesn’t happen to you like your pc version, that for wanting to put more and more content, they forget to polish the game so that it works optimally, quality is better than quantity.

The game has improved remarkably regarding its entertainment, there are more events, etc. However, there is something that has bothered me, that the game for a few weeks now, it closes only on the loading screen before starting the game, and when I try to reconnect, it closes again. The game has always worked well for me, and continues to do so, but those games where that happens, I get banned through no fault of my own, right now I have a one hour and 20 minute ban. It is unfair.

The app is too fantastic, very similar to the one on PC, although it is a little better, the champions look better than on the PC one, since I started playing it, I have had a very good experience, there is only one problem, that when it entered Everything goes well in a game, but there comes a time when the control that controls the champion starts to get stuck, and if the champion moves but in a direction that I don’t want, maybe it’s a bug or something like that. from there on out everything is very good, an incredible game!

The game is fine, the truth has improved a lot. Except for the toxic players who are still there. My complaint is that they currently have a mess, they are mixing players of different levels and abilities, and it is frustrating that you are losing by more than 1 or 2 players who must have been very low ranked. I had a game where they put me with players who lacked a lot of experience and we lost not by 1, but by 4 who didn’t know much. These are things that should not happen.

I don’t know what they do but it is more and more frequent that the application crashes, freezes or closes out of nowhere especially when you are on the loading screen to enter the game, which prevents me from entering the games obviously. And as if that were not enough, the game penalizes you for “abandoning”, when the game is to blame for not being able to play. They need to fix that urgently because it’s frustrating that the app doesn’t work and that they don’t let you play afterwards.

There is a problem every time you enter the game for the first time, it lags too much and makes you not enter the games after you are penalized for errors in the same game! Please fix that problem that the game is good and very entertaining but with that flaw it makes the game very boring and problematic!!! Thank you!!!

I do not know what’s happening. I changed my mobile and the game does not load when I enter. Since this is the first time I’m opening the game on this device I’m supposed to get the black screen with the name of the game and start loading, instead the black screen appears for 1 second and then changes to show the champion cutscenes as if I have played before on this device, however, the loading bar fills up but the number remains at 0%. I hope you can help me soon, thanks.

Undoubtedly one of my favorite games, I like to implement both champions, skins, events from time to time, the reason I do not give it 5 stars is because I have been at level 40 for more than 4 months, and that is the maximum level It is somewhat discouraging, since for those of us who are already there and continue playing, it is lost experience, so it would not hurt to implement more levels in an update. 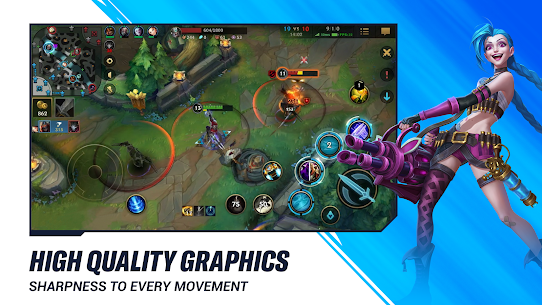 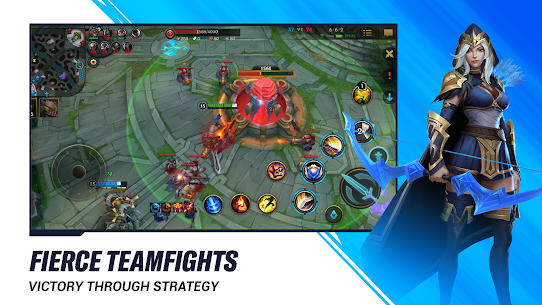 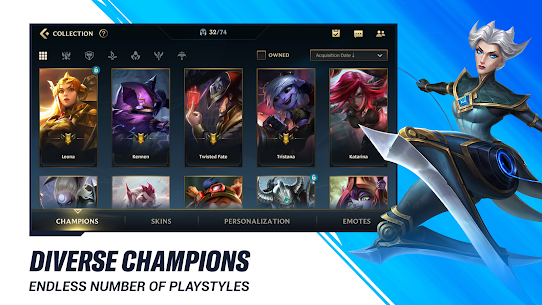 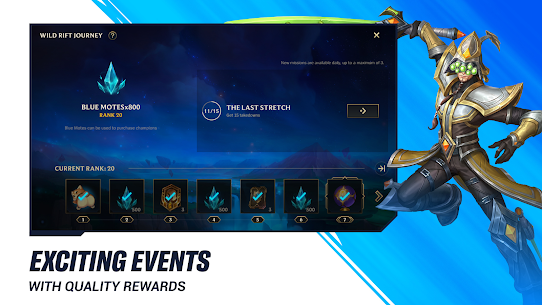 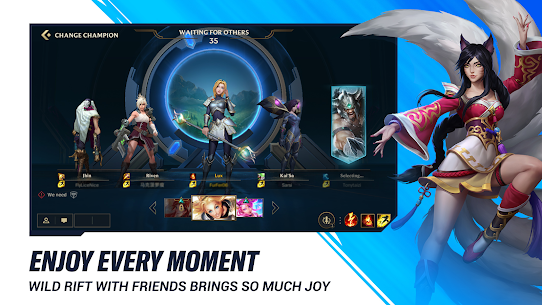